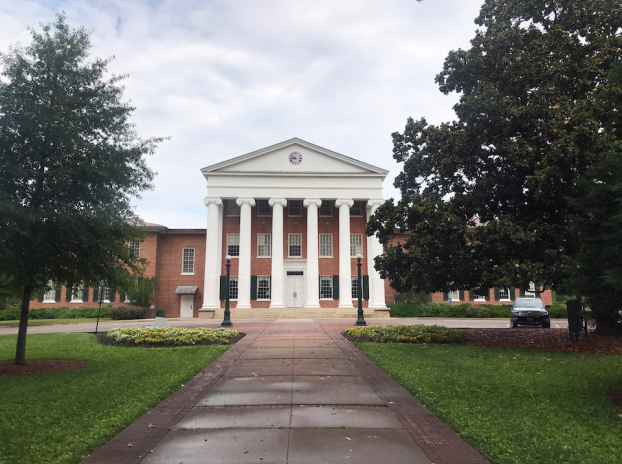 The University of Mississippi was ranked No. 77 among the top public universities in the 2021 U.S. News Best Colleges rankings released on Monday.

The University of Mississippi is a week and a half into its fall semester and on Tuesday, Chancellor Glenn Boyce provided an update on the campus’ efforts after seeing nearly 300 COVID-19 positive cases among the campus community.

Last Friday, Dr. Thomas Dobbs and Dr. Paul Byers with the Mississippi State Department of Health (MSDH) met with Boyce and others regarding the MSDH’s guidance to the state’s universities regarding the isolation and quarantine process.

There has been confusion regarding the isolation and quarantine of students who test positive or have come in close contact of someone who has tested positive for COVID-19.

On Aug. 21, the Friday before the fall semester was set to begin, the University was made aware of an outbreak in a university setting was defined by MSDH as three or more positive cases among a defined group, such as residents of a floor in a residence hall or members of a team.

During their meeting on Aug. 28, MSDH informed Boyce they would work to clarify their guidance to colleges and universities on how to quarantine people affected by outbreak.

As of Tuesday morning, there were a total of 58 people in quarantine and 22 more in isolation. The University had a total of 267 active cases with 257 of those among students. Nine more were among staff and one positive case among the faculty.

After reaching 299 active cases by the end of last week, the University saw a slow decline form that number the first part of this week.

“As a university, we are working diligently to provide the best living and learning environment possible within the limits posed by these challenging times,” Boyce said in an email to the campus community. “While we may have to do things differently in the short term, we must remain focused on our long-term goal of reducing the impact of the virus in our community while keeping our students on track toward earning their degrees. We are grateful for everyone who is doing their part to help us get there.”

The University of Mississippi Internship Experience Program is offering an eight-week course for the fall semester. The course is for... read more