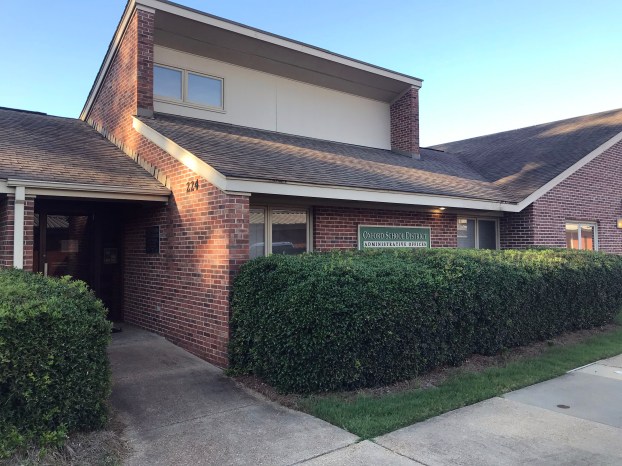 The Oxford School District is still planning to return to school for face-to-face instruction on Aug. 10 despite the ongoing COVID-19 pandemic. (Jake Thompson)

Harvey: “We are prepared” for return to school amid pandemic

Oxford School District is confident in their plan to safely return in August and are moving forward with that plan, despite other school districts across north Mississippi and the rest of the state considering such options.

The OSD Board of Trustees held their regular monthly meeting on Monday to discuss their plans to return to school next month amid the COVID-19 pandemic. They were reaffirming what the protocols they have put in place are the proper measures.

“We are ready to start school,” OSD superintendent Brian Harvey said. “There is nothing that we know of that we haven’t planned for. Now, that’s not to say that something may come up and I’m certainly not going to make the prognostication of how long we will be in school. Because the risk is certainly there that we may not be in school long.”

With the rise of new COVID-19 cases in Lafayette County throughout the month of July, parents have been calling Harvey and others on the Board with concerns about returning to in-person instruction on Aug. 10. During Monday’s meeting, Board President Ray Hill brought up a set of recommendations made by the Mississippi Chapter of the American Academy of Pediatricians along with the Mississippi State Medical Association regarding how to safely reopen schools.

Hill noted at least “five or six parents” had contacted the Board regarding those recommendations and expressed their concerns over reopening school buildings.

On Monday, the Board reiterated the process the school district had taken to form a commission, starting back in the spring when schools originally closed, that came up with the Return to Learn guide earlier this month.

“All of those people have worked tremendously hard for us to be in the position to be where we are to provide face-to-face instruction for those parents that chose that and virtual instruction for parents who chose that option,” Harvey said. “There is no physical reason that we shouldn’t be to start school. That doesn’t mean that there aren’t dangers and we’ve mitigated every single risk, but we’ve mitigated the risks that we know of and that we can.”

When the 2020-21 school year begins for OSD students on Aug. 10, there will be a staggered start the first few days. The odd grades will report to their respective campuses on Aug. 10, followed by the even grades coming on Aug. 11 before all students come to school on Aug. 12.

The staggered start will help students and staff learn the new safety measures and protocols while dealing with small numbers ahead of everyone being on school campuses.

With the rise in cases, Harvey did say they have had some parents change their minds about having their child attend traditional face-to-face instruction and switched to virtual learning.

Harvey told the Board they were still awaiting a large shipment of iPad cases that were ordered in the spring. The shipment was impacted by the pandemic and had still not arrived as of Monday night. There are enough devices with cases to be able to provide students who have chosen virtual learning, but those that are changing their minds may have to wait a little longer for their iPad.

“We’re going to be ready to go with those who have chosen virtual,” Harvey said. “We’re honoring those (who have changed their mind) to the extent that we can. But at this point, if they choose to change their mind they may not have a device, because there’s a lot that’s going to happen and they may not have a device to begin with. We asked for them to choose (traditional or virtual) almost a month ago.”

As of Monday, there were roughly 68 percent of OSD’s students who had chosen the traditional face-to-face instruction and around 32 percent who had chosen the virtual method to start school. Once school begins, students have to stick with their chosen method for a full nine-week period before changing.

Residents of Oxford will soon be able to enjoy frozen treats from Dairy Queen starting at 10:30 a.m. on Monday,... read more