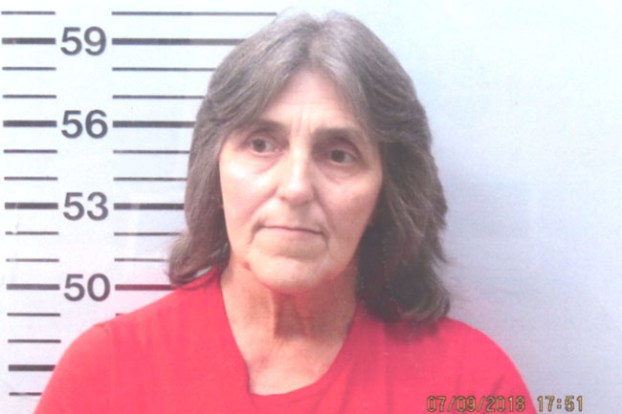 Westmoreland, 60, of Harmontown, has been charged with six counts of contributing to the delinquency or neglect of a child and failure to make a mandatory report of sex crimes against a minor. Her husband, John Westmoreland, was arrested on July 3 and charged with one count of child molestation. During the investigation following his arrest, five more victims were discovered.

All of the victims are believed to be females between the ages of 10 and 12 years old, according to Chief Investigator Alan Wilburn, and the reported incidents occurred within the last six months. However, Wilburn said Westmoreland was operating the daycare out of her home for about three years.

The daycare did not have an official name, he said, and was not registered with the state Department of Health.

“In the state of Mississippi, you can have a daycare with up to a certain amount of kids before you have to register with the Health Department,” Wilburn said. “She had under the threshold, so she was not registered as a daycare operator. But she knew something was possibly going on, and like the other charge said, she failed to report it.”

At this time, the sheriff’s department has not confirmed or denied evidence of Sherry Westmoreland abusing children herself.

Westmoreland remains in the Lafayette County Detention Center, and her bond has been set at $500,000 by a Lafayette County Justice Court Judge. Further investigation into John Westmoreland and the home of John and Sherry and help from the victims lead to the additional charges.

“The Lafayette County Sheriff’s Department wants to thank the families of the victims for their patience in this matter,” a statement from the department read.

Those with additional information are encouraged to call the sheriff’s department at 662-234-6421.

This is a developing story.

The Sonic Drive-In on University Avenue is one step closer to reopening following a meeting of the Courthouse Square Historic... read more