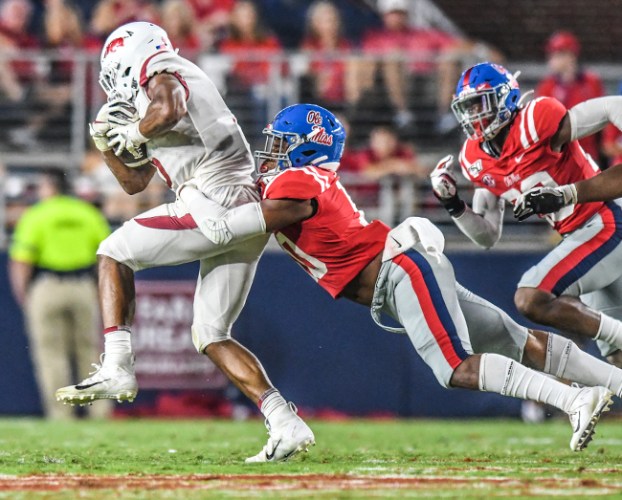 The Ole Miss defense has a rather large hole to fill at linebacker ahead of the upcoming season.

Jacquez Jones announced this week he is leaving the program and will enter the transfer portal. The announcement comes as a surprise as Jones participated in the Rebels spring practices and this year’s Grove Bowl in April.

Looking to improve from being the worst defense in the Southeastern Conference and one of the worst at the Division I level a season ago, the Rebels were going to rely on Jones and other veteran players to help shore up some of the defense’s deficiencies. Losing Jones two months before fall camp begins deals a blow to head coach Lane Kiffin and his defensive coaches.

During the 2020 season, Jones made 75 tackles in nine games, which was a team best. He was the second-best tackler for the Rebels in the 2019 season.

During the Grove Bowl, Jones made four tackles and recorded a sack.

“I feel like we did a great job on both sides,” Jones said following the Grove Bowl. “It was kind of a one-sided affair with the spring game, but at the end of the day and through the whole spring, I feel like the defense made a major step.”

Jones confirmed reports with a tweet on Tuesday, thanking his coaches and teammates for his time as a Rebel.

The postseason awards continue to fly in for the Ole Miss women’s golf team following its first national title in... read more