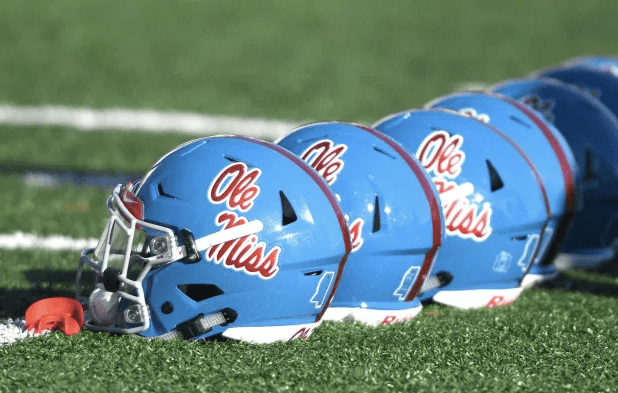 The Ole Miss football team added two new pieces to its defensive ranks this week with the addition of two transfers.

Navy’s Jacob Springer and Tavius Robinson, out of Canada, are both coming to the Rebels. Springer made his announcement on his Instagram page, while Robinson comes from University of Guelph in Ontario.

The Canadian college football season was canceled for 2020 due to the COVID-19 pandemic, allowing for Robinson to get an immediate eligibility waiver. He will be able to play for the Rebels this fall.

The 6-foot, 8-inch defensive lineman will be a key addition for position coach Deke Adams, who is having to fill the voids left by Benito Jones and Josiah Coatney, as both signed with NFL teams as undrafted free agents in April. With his size and potential skill ability, Robinson could see starting time on the defensive front immediately.

While the Rebels’ defensive front added to its ranks, so did the the linebacker corps in the transfer of Springer.

Starting the past two seasons for Navy, Springer is a hybrid linebacker-safety threat that is sorely needed for a Rebel defense trying to shore up chunk plays by opposing teams in recent years.

In two seasons as a starter, Springer recorded 102 tackles, eight sacks, four passes defended, three forced fumbles and two interceptions. During his junior campaign in 2019, he was named Second Team All-AAC in a year where he led the team with 16 tackles for loss.

Springer will more than likely have to redshirt this upcoming season and be eligible for the 2021 season. He has two years of eligibility remaining.

Change is coming to one of the Confederate statues in the LOU Community, but members of the Ole Miss football... read more