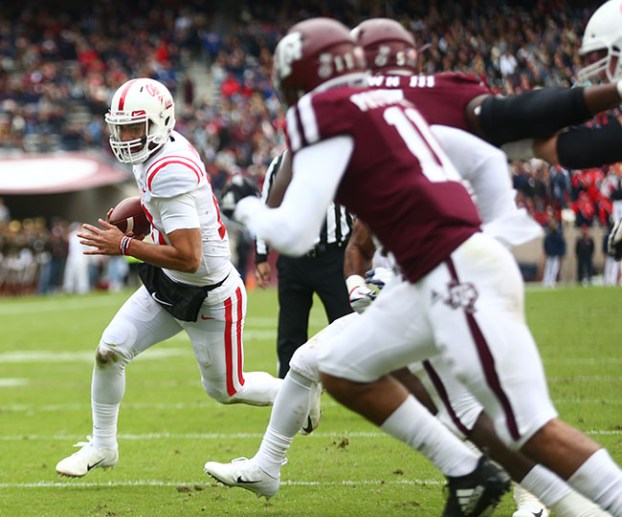 COLUMN: Ole Miss still learning how to win in the SEC

Winning a single football game is not easy. Winning a football game in the SEC is even harder. Through ten games in 2018, Ole Miss has won five football games, but wins within the Southeastern Conference have been hard to come by. There’s no moral victories in Oxford, and despite their 1-5 record in the SEC, the Rebels have been close. Fourth quarter issues have plagued Ole Miss in close games, leading to a simple conclusion: the Rebels simply have yet to learn how to win.

It’s a thing a lot of young teams go through. Any team can play well for a drive, a quarter or even a half. But piecing things together for 60 minutes is something many teams struggle with. ‘Learning to win’ may seem like coach speak, but it’s a real thing that Matt Luke’s Ole Miss squad is struggling with.

Exhibit A of learning to win can be found in Tuscaloosa. Every year before the season, Alabama strength and conditioning coach Scott Cochran has the team run a conditioning test consisting of 16, 100-yard sprints. Each position groups has different times they have to hit. Doesn’t sound too bad, right?

Here’s the kicker: you’re not allowed to bend over. You’re not allowed to put your hands on your knees. At Alabama, these are signs of weakness. Every rep where a single player hunches over or puts his hands on his knees doesn’t count. It builds a four-quarter mentality. It teaches teams to not let up when things get rough. It teaches you how to win.

The Rebels have now dropped three straight, and the past two weeks Ole Miss has held second-half leads of a touchdown or more. In last week’s 48-44 loss to South Carolina, the team surrendered 14 straight 4th quarter points to end the game. Yesterday at Texas A&M, they were outscored 24-3 over the final 20 minutes of play.

This winning mentality has certainly been lacking for the Rebels. They’ll enter next Saturday’s game at Vanderbilt with a 5-5 record (1-5 in the SEC). In a season with postseason sanctions, it’s unsure whether or not the Rebels would even make a bowl game if eligible. Despite the struggles, the Rebels are improving in small increments.

Matt Luke said early in the week that the key to stopping Texas A&M was stopping the run. For three quarters, the Rebels did a good job. Aggie quarterback Kellen Mond is one of the better rushing quarterbacks in the SEC. The Rebels did a great job of playing matchup coverage against Mond, holding him to only 19 yards and a touchdown on eight rush attempts.

The Aggies adjusted in the second half, going bigger with a fullback and running the ball often from under center in an I-formation. However, Ole Miss was never able to solve the adjustment. Texas A&M had five rushes of fifteen or more yards in the second half from those heavy formations.

This concept of ‘learning to win’ extends beyond just the players – it applies to the coaching staff as well. Wesley McGriff and the defense have to adjust to the heavier formations A&M presented in the second half with bigger players themselves. Instead, for much of the second half they remained in the same defensive front as they had when the Aggies were running a shotgun based offense.

After a 4th quarter field goal against Texas A&M cut the Aggie lead to seven with 1:51 to play, Matt Luke decided to go for an onside kick instead of kicking deep. The Rebels had three timeouts remaining, and a defense playing it’s best game of the season. They likely would’ve been better off simply kicking the ball deep and trusting in their defense.

With the bowl ban still in effect, Ole Miss only has two games remaining to try to right the ship. Coaches and players still appear confident in the program and system following this tough stretch, which is critical. The next two weeks will do little for the team this season, but remain hugely important for the team moving forward. Saturday’s trip to Nashville to play a 4-6 Vanderbilt squad will be the team’s next chance to get back on the right track.

LSU loss offers opportunity for Ole Miss to reevaluate themselves

If Ole Miss hoped to use Saturday’s game against LSU to redeem themselves for their lackluster SEC performance so far... read more